In recognition of Max Fowler OAM Of Coolegong Stud, near Young, NSW, the Federal Council instigated this prestigious award to be awarded to the Champion Gelding of the competition beginning in 2003 in conjunction with the then Annual Clydesdale Sale at Wodonga which Max as first NSW Branch President, officially opened in 1977.

In 2005, delegates decided to move it for competition in a different State, annually in rotation.The trophy was made from a piece of River Red Gum from Wagga Wagga, NSW and features a shoe made by UK blacksmith and farrier David Gulley from Melton Mowbray, Leicestershire, UK.

Max and his brother John formed the partnership “Fowler Bros” and were notable breeders.The Scottish imported mare Craigie Golden Queen which Max bought for 500 pounds the day before judging at Sydney Royal held her own at the show taking out Reserve Champion mare behind Harmonessa (imp), and the photo below shows an impressive show team of their imports at Young Show NSW in 1940.

Max, along with Norm Sippell from Queensland, was one of only two judges to have officiated at all three Eastern States’ Royal Shows in just over a 12-month period while it was possible.

Max also judged at Tamworth Show twice, exactly 55 years apart: 1936 and 1991, and was invited to judge at Sydney in 1995; exactly 60 years after he exhibited Craigie Golden Queen there and was first elected to the NSW Brach committee. Max was fittingly awarded an OAM for services to the field of agriculture (horses) in June 1998. 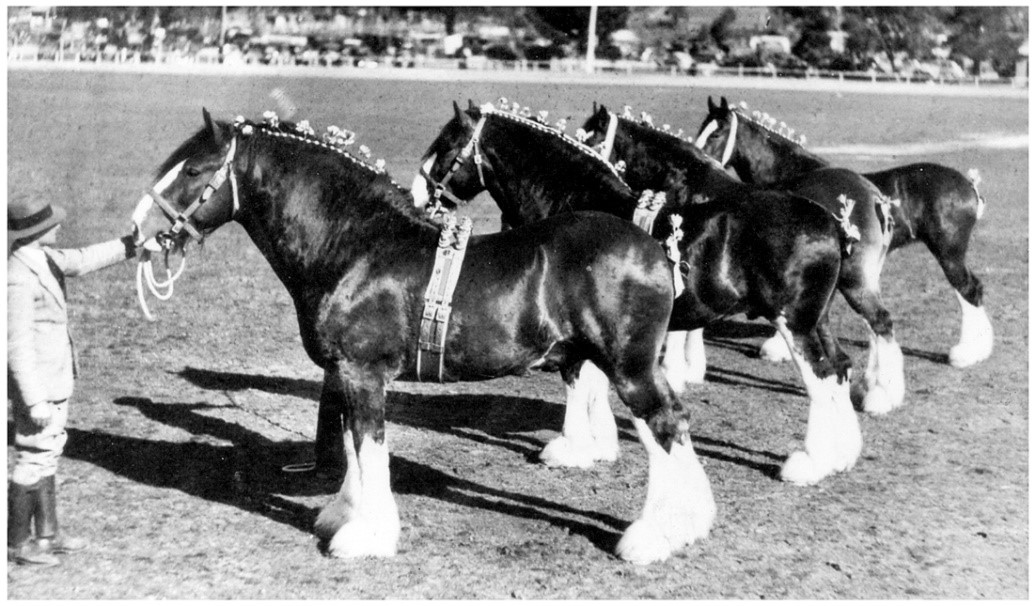